Irremovability of Judges and Judicial Independence: An Individual Good or a Public Problem? 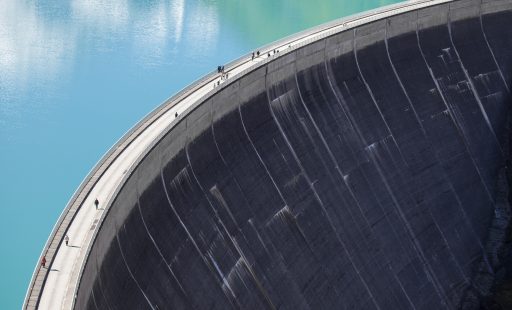 In its judgment of June 29, 2021 in AFFAIRE BRODA ET BOJARA c. POLOGNE, the European Court of Human Rights (ECHR) ruled that the early dismissal of two court vice-presidents, without any justification or right of appeal, violated their right to a fair trial under Article 6(1) of the European Convention on Human Rights (Convention). The judgment is yet another judicial warning by an international tribunal regarding the state of the rule of law in Poland (see also our recent post Attorney’s Independence and the Right to Fair Trial).

The judgment concerns a decision taken on the grounds of the 2017 bill reforming the Polish judiciary. Even though both court vice-presidents (applicants before the ECHR), and highly respected judges, were appointed for a six-year term, they were administratively dismissed by the Minister of Justice, two years before the end of their terms. No justification was offered and they were refused the right to appeal from the decision.

The Government tried to defend its judicial reform by distinguishing between judicial and administrative functions of judges, and personal rights of a judge from the public interest in the adequacy and efficiency of the judiciary. Thus, according to the Government, the early dismissal of court (vice-)presidents does not infringe their judicial functions or personal rights, and the challenged measures serve the public purpose of judicial reform. However, the ECHR disagreed.

The Court acknowledged that it is the domestic law, and not the Convention, that creates individual rights, whether substantive of procedural. However, once the right has been enshrined in the legal system, the Convention protects its essence, scope and its enjoyment. More specifically, with regard to the “civil” nature of such a right within the meaning of Article 6(1) of the Convention, the ECHR stressed that disputes between the State and its officials come in principle within the scope of this provision unless two cumulative conditions are met. First, the domestic law in question expressly excluded access to a court for the post or category of employees in question. Second, this derogation is based on objective reasons linked to the interest of the State. According to Vilho Eskelinen, the above disputes are presumed to fall under Article 6(1).

The Court reiterated that the right of access to a court constitutes an element inherent in the right set out in Article 6(1) of the Convention. It sets out the guarantees applicable both to the organization and composition of the tribunal and to the conduct of the proceedings. Also, the right to a fair trial must be interpreted in the light of the principle of the rule of law, which requires the existence of an effective judicial channel to enforce civil rights.

Although the right of access to a court is not absolute, the ECHR highlighted that the two applicants had no right to appeal at all. The Government did not contest this conclusion; the Government even acknowledged that the exclusion of an action to complain of the revocation aimed at facilitating the judicial reforms.

In a way anticipating comments of Polish politicians to the judgment, the ECHR clearly stated that in principle it does not question the legality of the purpose of limiting the right of access to court. However, it emphasized the growing importance of international instruments in this respect and those of the Council of Europe, as well as the case-law of international courts and the practice of other international bodies.

Ultimately, the Court concluded that, on the one hand, the applicants were dismissed on the basis of a legislative provision whose compatibility with the requirements of the rule of law seems doubtful and, on the other hand, that this action was not subject to any of the fundamental requirements of procedural fairness.

The ECHR stressed the importance of both safeguarding judicial independence and respecting procedural fairness in cases concerning the career of judges. In the present case, the Court noted that the national legal framework in force at the time of the applicants’ appeal did not specify the conditions for an early dismissal and that almost all the respective powers were concentrated in the hands of a single official (the Minister of Justice). The ECHR further highlighted the circumstances surrounding the applicants’ dismissal, in particular the deprivation of the right to be heard or the right to know the reasons for ministerial decisions, or the absence of any independent review mechanism.

The ECHR noted that the Polish Government has declared that the legislative framework of the early dismissal of court president and vice presidents had enabled it to bypass the applicable procedures in this matter. However, it is these procedures that constitute the guarantees underlying Article 6 of the Convention in this case, according to which an “independent tribunal” is necessarily “irremovable”.

The ECHR stated that what is at stake is confidence in the judiciary itself. Accordingly, where the Minister of Justice had taken a unilateral and early decision to dismiss the applicant judges from their functions, there should have been serious reasons capable of justifying an exceptional lack of judicial review. The Government did not provide any such reasons.

Not surprisingly, the ruling provoked a knee-jerk reaction from the defendant government. The Minister of Justice questioned its legal basis and warned against politicizing the Court. The Prime Minister stated that the government “respectfully disagrees.” The immediate effect of the judgment may be felt mainly by judges and those interested in the rule of law. It is worth noting, however, that this is another episode in the increasingly sharp dispute between the Polish government and the ECHR and CJEU of fundamental importance for legal certainty.

This website uses cookies to improve your experience while you navigate through the website. Out of these cookies, the cookies that are categorized as necessary are stored on your browser as they are essential for the working of basic functionalities of the website. We also use third-party cookies that help us analyze and understand how you use this website. These cookies will be stored in your browser only with your consent. You also have the option to opt-out of these cookies. But opting out of some of these cookies may have an effect on your browsing experience.
Necessary Always Enabled
Necessary cookies are absolutely essential for the website to function properly. This category only includes cookies that ensures basic functionalities and security features of the website. These cookies do not store any personal information.
Non-necessary
Any cookies that may not be particularly necessary for the website to function and is used specifically to collect user personal data via analytics, ads, other embedded contents are termed as non-necessary cookies. It is mandatory to procure user consent prior to running these cookies on your website.
SAVE & ACCEPT