ECJ ruling in Prestige – what happens when a member state court judgment contradicts an arbitral award? 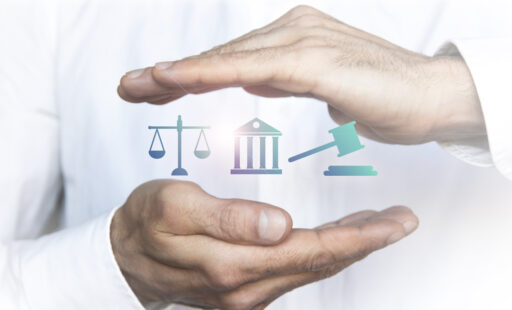 Last week, the Court of Justice of the European Union (#CJEU) rendered a landmark ruling on the interplay of judgments and arbitration awards in the context of the Brussels I Regulation in an infamous environmental damage case that was referred for a preliminary ruling by UK courts.
The case also highlights the complex relationship between actions based on national law and actions based on international contracts and the major effect time plays in disputes.

The case culminated from two parallel proceedings between the same parties and rested on the same facts. First, there was a Spanish criminal and adjacent civil procedure, which resulted in a national court judgment based on the direct liability of the insurer towards the damaged parties pursuant to the Spanish Criminal Code. Second, there were UK arbitration proceedings, which resulted in an arbitral award based on the insurance contract of the insurer and the insured party. The Spanish procedure started earlier, but the arbitration proceedings resulted in a final decision sooner. By 2019, there were two final and binding decision in the same dispute, both of them to be recognized and enforced in the UK.

In essence, the CJEU held that UK courts may not refuse to recognize and enforce the judgment rendered by Spanish courts on the grounds that such judgment contradicts a domestic judgment entered in terms of the arbitral award. This means that judgment entered in terms of the arbitration award was held to be contrary to the Brussels Regulation as it resulted from proceedings in breach of the rules of lis pendens and ignoring the relative effect of an arbitration clause included in insurance contracts. The CJEU held that under these circumstances the arbitral award and the judgment based thereon cannot prevent the recognition and enforcement of the judgment that was delivered in the Spanish litigation.

The case stems from a major 2002 ship incident. At the time, the Greek-owned and Bahamas-operated tanker ‘Prestige’ encountered heavy weather during a routine voyage and eventually sank off the coast of Spain, causing major damage to wildlife, environment, as well as the local fishing industry.

Criminal proceedings were brought in Spain in June 2003 concurrently with civil proceedings, brought bythe Spanish State against the owners of the tanker and the insurer of the vessel, the London Steam-Ship Owners’ Mutual Insurance Association (the London P&I Club). The Spanish court found the insurer liable in 2016 and the quantum of the case was determined in 2019, where compensation was capped at $1 billon for the damage.

Meanwhile, the London P&I Club initiated arbitration proceedings in London in 2012, which quickly resulted in an award ruling that Spain could only seek damages claims through arbitration in London under English law and that in the absence of the prior payment of the damages by the owners of the vessel to Spain (pay to be paid clause), the London P&I Club could not be liable to the Kingdom of Spain . In accordance with English law, the London P&I Club then applied to the UK High Court for leave to enforce the arbitral award in the same manner as a judgment and for a judgment to be entered in the terms of that award. The leave was granted in 2013 along with a judgment in the terms of the award. An appeal by the Spanish State was dismissed by the Court of Appeal in April 2015.

In turn, Spain also requested the UK High Court to enforce the Spanish ruling, which was granted in 2019. The insurer appealed, prompting the courts to seek guidance from the CJEU.

The Brussels I Regulation rests on the principle of mutual recognition of judgments in Member States – save for a few exceptions. One such exception is triggered if the imported judgment is “irreconcilable with a judgment given in a dispute between the same parties in the Member State in which recognition is sought.” The CJEU found that even though arbitration is outside the scope of Brussels I, a judgment granted pursuant to an application following an arbitral award could be capable of engaging the exceptional refusal of recognition. However, on the particular facts of this case, “it would infringe the purpose” of Brussels I to apply this exception as the decision could not have been adopted by the courts without infringing two fundamental requirements of the Regulation:

Furthermore, UK courts requested the CJEU to decide whether the recognition of the Spanish judgment would be in breach of UK public policy on the ground that it would disregard the force of res judicata acquired by the domestic judgment entered in the terms of the arbitral award. In this regard, the CJEU referred to the above two infringements and established that the potential disregard of this judgment could not constitute a breach of public policy in the United Kingdom. Furthermore, the CJEU held that the notion of res judicata cannot be contained in the notion of public policy as the force of res judicata and the question of the irreconcilability are specifically regulated in the Brussels Regulation, thereby excluding the possibility that recourse be had, in this context, to the public-policy exception.

It is yet to be seen whether the CJEU’s decision will have a lasting effect on the landscape of EU law equivalent to that of the oil spill on the environment. However, the decision already makes waves in the field of insurance law and might change the practice of use of arbitral clauses in such contract.

By Petra Pataki and Dániel Dózsa