The iconic case to the heirs of the Sultan of Sulu vs. Malaysia 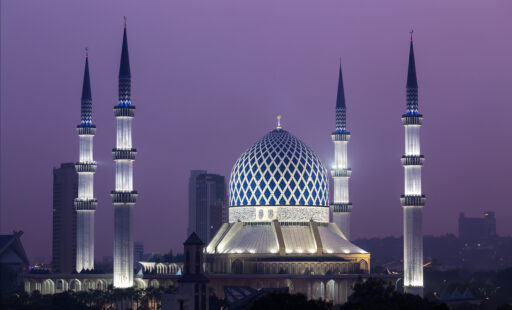 The case of the heirs of the Sultan of Sulu vs. Malaysia has every reason to become a textbook source for international arbitration courses. Both the outcome of that matter and the chain of events that led to it, are simply astounding, and – it is submitted here – wrong at every possible level.

The factual background of the case dates back to the colonial times of Borneo. In 1878, the Sultan of Sulu, who was then the sovereign over certain territories that are now part of Malaysia, issued a document granting the coastal territory in Sabah, along with certain islands, to Messrs. Alfred Dent and Baron de Overbeck, for perpetual lease, including the right to “profit from its minerals, forest products and animals”. In exchange, they promised to pay an annual rent of 5000, and then 5300 pesos, to the Sultan. The two gentlemen subsequently formed the British North Borneo Company, a company chartered in the Victorian Great Britain, which took over the management of the leased territory. In 1903 the Sultan of Sulu and the British North Borneo Company reconfirmed the 1878 agreement by way of a deed.

After the devastation of the area during the World War II, the British North Borneo Company assigned all the rights and obligations under the 1878 and 1903 instruments to the British Crown in 1946. One year later, the British Government, fearing that its effective control over the Sabah region could result in political tensions, decided to search for the Sultan of Sulu heirs and resumed payments under the 1878 agreement. In 1963, the state of Malaysia was formed. Its territories included the province of Sabah. Malaysia continued to pay a yearly nominal rent to the heirs of the Sultan until 2013, when the payments stopped due to a military conflict. Malaysia had intended to resume the payments in 2020, but by then the arbitration instituted by the heirs of the Sultan of Sulu was already in full swing.

The problem is that the validity of the arbitration agreement is highly questionable at best. The dispute settlement provision of the 1903 deed, which apparently was used by Claimants as the basis of their notice of arbitration, read: “(…)Should there be any dispute, or reviving of all grievances of any kind, between us, and our heirs and successors, with Mr. Gustavus Baron de Overbeck or his Company, then the matter will be brought for consideration or judgment of Their Majesties’ Consul-General in Brunei(…)”. Clearly, the language of this provision does not indicate that this is an arbitration agreement. Furthermore, it did not provide for arbitration in Spain. Lastly, it begs for a question whether a dispute under the 1903 deed would be arbitrable at all.

It is unclear, why Spanish courts declared themselves competent to hear the application which had no clear link to Spain, given that under Articles 1.1 and 15.3 of the Spanish arbitration act their power is limited only to arbitration seated in Spain. Nevertheless, the Spanish court appointed a Spanish practitioner as a sole arbitrator and the matter took off.

Malaysia raised jurisdictional objections from the beginning, but otherwise did not participate in the proceedings in order not to give any legitimacy to the arbitration, which it considered as a violation of its sovereignty. The proceedings therefore unfolded without Malaysia’s participation.

The final award published in this matter repeatedly refers to various attempts and invitations from the sole arbitrator to receive Malaysia’s position, which Malaysia consistently ignored. Nonetheless, regardless of Malaysia’s disengagement, the facts of the case just impose a number of fundamental questions, which should not have been left unaddressed by the arbitrator.

The principal question is, whether the 1878 agreement can be given effect in XXI century? Is it conceivable, in today’s world, to give an entire province of a state into a leasehold as a “commercial lease transaction”? And for perpetuity? Would it be conceivable e.g. for Canada to give perpetual effective control over the entire Quebec to a foreign company? Or for Spain to do the same in Andalucia? In all probability, such contracts would be regarded, in most jurisdictions, as unconstitutional and contrary to the public order.

But even assuming, for the sake of argument that such an outcome was conceivable, the relevant agreement would inexorably be a public law concession, invariably governed by the local (scil. Malaysian) law and with exclusive jurisdiction of the state courts (i.e. Malaysian courts). Here, however, the sole arbitrator decided that this was a private lease contract. Moreover, he decided that the law applicable to the contract are the UNIDROIT Principles of International Commercial Contracts, which were first published in 1994, i.e. 116 years after the 1878 agreement was made, and which does not apply to public law contracts.

The arbitrator, however, refused to comply and declared the instruction from the Spanish court to be an unjustified interference into the autonomy of international arbitration proceedings. Subsequently, he moved the seat of the arbitration to France in order to take it away from the jurisdiction of the courts in Spain, where also criminal proceedings were issued against the sole arbitrator. The choice of France as the new seat had no basis in the 1903 deed, either. However, French courts previously granted enforcement to the 2020 jurisdictional award in that matter, so on this basis the sole arbitrator may have considered France to be a safe harbor.

With the new seat of the arbitration, the sole arbitrator issued an award on merits in March 2022, ordering Malaysia to pay to the Claimants a staggering amount of USD 14.92 billion with interest and cost. To recall, before 2013 claimants were receiving a token payment of USD 5000 per year. In order to arrive at a USD 15 billion award, the sole arbitrator reevaluated the commercial value of the deal, taking into account the discovery of hydrocarbons and deciding i.a. that claimants are entitled to a 15 % share in Malaysia’s proceeds from exploration of petroleum products.

It is really difficult to understand how and why such decision was taken.

On the one hand, if the 1878 agreement had been considered as a concession agreement, it would have expired when Malaysia assumed sovereignty in the region, given that at that moment it was both the successor of the Sultan of Sulu (as a sovereign) and of the British North Borneo Company.

On the other hand, if the sole arbitrator had intended to consider the 1878 agreement as a private lease, he should have considered claimants as private law owners (freeholders) of the leased land. In such case, the termination of the lease agreement due to unpaid rent would simply mean that the lease object goes back to the owner. The award does not demonstrate, however, that the claimants continue to enjoy the ownerhsip title to the entire leased territory.

The award is a regrettable, as it will make it much more difficult for private investors with legitimate claims to arbitrate and enforce arbitral awards against states. It is also likely to be used by critics of international arbitration involving states, to allege a risk of corruption and/or criminality. At the same time, it begs the question whether Malaysia’s ‘pride and prejudice’ strategy consisting in the total disengagement from the proceedings was actually optimum, given that the state must now fight against parallel attempts to enforce this mega-award in various jurisdictions at the same time.

A saga of judicial, criminal and enforcement decisions regarding this matter is likely to follow for years.

by Wojciech Sadowski and Marcin Menkes