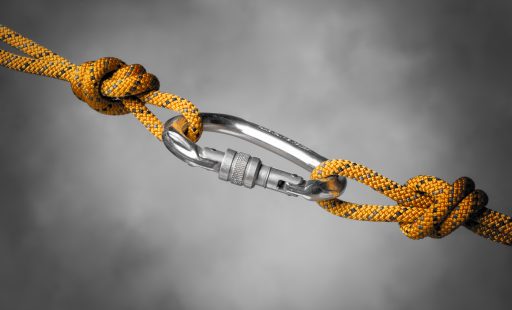 While gentlemen’s matches at Roland Garros always end in the fifth set at the latest, the rules of the game do not seem to apply to deposed Ukrainian president Yanukovych, who appears perpetually stuck in a game of sanctions tennis between the Council and the Court of Justice of the European Union (“CJEU”).

The sanctions imposed by the Council on Mr. Yanukovych and their repeated quashing by the CJEU

Following the 2014 Maidan Revolution, Mr. Yanukovych’s personal security became untenable and he was forced to flee the Ukraine to Russia. Shortly afterwards, Ukrainian prosecutors started a preliminary investigation against Mr. Yanukovych, for the alleged embezzlement of large amounts of public funds. That investigation is pending, to this date.

On the basis of the Ukrainian investigation, the Council adopted sanctions against Mr. Yanukovych, including the freezing of all of his assets in the EU. Although those sanctions have been challenged by Mr. Yanukovych and quashed by CJEU multiple times, they have been re-adopted by the Council in consecutive decisions.

The CJEU has now quashed the Council’s sanctions against Mr. Yanukovych, for the fifth time. According to the CJEU, the Council has failed to ascertain whether the Ukrainian criminal proceedings, on which the sanctions are based, respect Mr. Yanukovych’s right to a fair trial, including his rights of defense and to effective judicial protection. The CJEU thereby confirmed its case-law that the human rights guarantees of the EU Charter of Fundamental Rights apply to every measure taken by the EU’s institutions, including the Council, when it adopts international sanctions against foreign entities and individuals.

Our take on the CJEU’s latest judgment quashing the sanctions imposed on Mr. Yanukovych

Although the CJEU’s latest judgment is yet another win for Mr. Yanukovych, his victory seems pyrrhic. In 2020 and 2021, the Council enacted new sanctions decisions against Mr. Yanukovych that are not covered by the CJEU’s judgment (he is challenging those decisions in separate proceedings). Therefore, Mr. Yanukovych will remain on the EU’s sanction list, for the time being.

While the CJEU’s judgment sends a strong message to the Council that it should respect the EU Charter of Fundamental Rights (in particular, Articles 47 and 48, guaranteeing the right to a fair trial) when adopting international sanctions, the Council seems less concerned with the respect of the rule of law when dealing with what the Council perceives as foreign adversaries.

However, while the Council’s measures against Mr. Yanukovych may be functionally effective in keeping him on the sanctions list, the Council can hardly be seen as a winner in this game. A foreign policy dictated by the Council that is effective but may be perceived by the world as disrespectful of the rule of law risks undermining the EU’s credibility as a global actor.

Absent an EU treaty amendment, it is unlikely that the stalemate between the Council and the CJEU will be resolved soon, as the Council’s legitimate interest in a swift and effective foreign policy response against developments in the international plane have to be balanced against the EU as a whole’s interest to remain an area of freedom, security and justice, where the rule of law prevails.