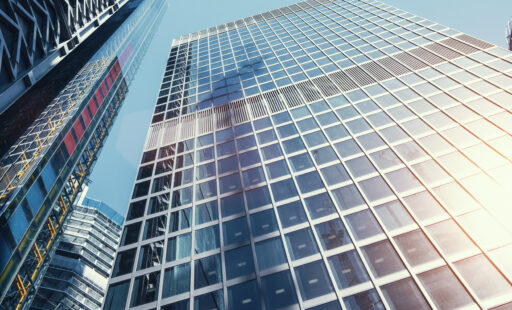 Just recently we have shared the news about a huge milestone in the case law of the Ukrainian Supreme Court which allowed piercing the corporate veil in a squeeze-out dispute involving a foreign investor (see the article by the link).  It only took one month for the same court to reach another milestone by applying the alter ego doctrine in a dispute with a foreign state corporation for the first time in case No. 910/4210/20.

The case concerns enforcement of an arbitral award of 2 May 2018 rendered under the auspices of the Permanent Court of Arbitration (the PCA) in favour of investors in the PCA case No. 2015-36 of Everest Estate LLC et al. v. The Russian Federation (the PCA Award).  This is one of the “Crimean arbitrations” brought by disgruntled investors against Russia under the Ukraine-Russia BIT in the wake of annexation of Crimea in 2014.

The PCA Award was recognized by Ukrainian courts in 2018-2019 which caused a lot of debate at the time.  However, with sovereign assets directly held by Russia being scarce, the PCA Award creditors had to start a new quest for assets which may be otherwise shielded from enforcement.

In the event, the PCA Award creditors sought to enforce it against the shares of PJSC “Prominvestbank” (the Bank), owned by the State Development Corporation “VEB RF” (the Applicant) which is 100% owned by the Russian Federation.  Case No. 910/4210/20 was brought by the Applicant to reverse the public sale of the Applicant’s shares in the Bank by Ukrainian bailiffs in furtherance of the PCA Award.

The Applicant challenged the results of the public sale of the shares in the Bank alleging that (i) the sold shares belonged to it as a legal entity which was separate from the Russian Federation; and (ii) it was not liable for the Russian Federation’s debts.  In addition, the Applicant alleged that several other violations, which are not significant for this post, were committed during the public sale.

The circuit court dismissed the claim, but the court of appeal upheld.  The Supreme Court overturned the court of appeal upholding the circuit court judgment modifying it to the effect that (i) the shares sold at the auction were owned by the Applicant and not by the Russian Federation; but (ii) the Russian Federation was an indirect owner of the shares and exercised decisive control over both the Applicant (holding 100% of its shares) and the Bank, in which the Applicant held 99.7726% shares.

The Supreme Court restated a general rule that while state bodies may be held liable for the actions and debts of the State, the state-owned companies, which are separate legal entities, shall not be, normally, liable for the debts of the State.  However, the Supreme Court held that state-owned companies, under certain conditions, can be considered as state bodies.  The Supreme Court discussed extensive jurisprudence of the ICSID on the matter.   In particular, referring to the cases of Emilio Agustín Maffezini v. The Kingdom of Spain (ICSID Case No. ARB/97/7); Ceskoslovenska Obchodni Banka, A. S. v. The Slovak Republic (ICSID Case No. ARB/97/4; Salini Costruttori S.p.A. and Italstrade S.p.A. v. Kingdom of Morocco (ICSID Case No. ARB/00/4), the Supreme Court held that if a legal entity actually executes the functions of a state body, being an “alter ego” of such State, the property owned by such entity may be collected against to pay debts of the State.  The following criteria should be, in particular, satisfied:

The Supreme Court held that according to the Russian Law on the State Development Corporation “VEB RF” the Applicant:

Based on the above, the Supreme Court concluded that the Applicant is essentially an agency or alter ego of the Russian Federation.  Thus, its property may be used to collect Russia’s debts.

This ruling of the Supreme Court shows its growing willingness to follow and implement the well-established principles of public international law, where relevant in the domestic context.  It is also encouraging to see that the Ukrainian Supreme Court is prepared to go beyond the corporate form where the interests of justice so warrant.  It remains to be seen if this precedent is going to be consistently adhered to by the Supreme Court in future cases.

By Yaroslav Brych and Bohdan Prybora

This article is based on the authors’ opinions only and does not reflect the position of Queritius.